Yesterday we had thousands of new players coming in, with most of them originating from the Google Play Store. Subsequently Angeldust's rating flatlined to 2 out of 5 stars, down from 4.5. Apparently I've turned Angeldust into its single worst version of all time. That's not good!

Is there anyone here with a basic understanding of game design that wants to share some tips on how to improve Angeldust for new players? What hurdles did you all run in to when starting to play? What were your expectations and how does Angeldust fail to meet them?

I'm surprised that the game apparently has become worse over time for players. Over the years I've really tried to improve everything and add more fun stuff. I've recently fixed some giant performance issues on Android which I thought would increase the rating, instead of decreasing it.

Most livestream viewers might know that I'm not a big fan of looking at numbers and ratings, but I also don't want to ignore signals from new players. So I want to dig a bit deeper and see what's up.

How do other games (like *the* other game) do so much better? Are they simpler to pick up and play? If I'd download the other game, can I instantly play online with hundreds of others without any background knowledge?

Does it have a better story, better tutorial, better performance, better end goal? Do players want an offline, single player game? Does any of that even matter when playing your first ten minutes?

Any actionable advice would be welcome, though I can't really predict if I'm able to act on every piece of advice. It's also pretty hard to get in touch with these new players as most of them don't speak English and don't seem to visit the forum or game website at all.


I think everything you have done to your game since I've been playing it has been an improvement and nothing has made the game worse.

If there is anything I would change or improve further it would be the photon system and NPC control and adding new blocks. I think the photon system is a little too complicated and it is messy to build with, the same with NPC control, and all good games add new content all the time to keep players/builders interested or busy.

Another thought is that maybe the lawless free build area you were talking about is exactly what new players want. Maybe give them the ability to hit each other with swords, spells, crossbows and bombs, make them take hits as well. Build a huge wall around it and call it Nukeland lol.

But that's just me and my thoughts and it's not my game.

Just keep doing what you are doing and add my new build as a wonder and everything will be cool lol, joking.


Well, I have noticed that lately many play store games have added many new things and especially events to redeem things, that's why I also said about those redemption ideas and events that would increase the fame of the game because players like to do events to obtain prizes or get cards to exchange them for something interesting.what if I know that the only thing missing angeldust would be special events, I also saw that when it is season of something they decorate the beginning of the game and also the game add temporary decorations things like this for example when it is summer then put something decorative at the beginning of the game and also add that climate to the world to give a touch of event, and put events of course, even if it is something not so big something small would notice an improvement


@Leyenda, @cristoo175: Are you sure that there is a lack of rewards and things to do when playing the first few minutes of Angeldust? I was kinda under the impression that we throw too much stuff at players already :D

I mean, most of the new players wander around a bit aimlessly at first. It seems like they have problems grasping the game concepts that are in place already. Not sure if throwing even more—and time-limited—stuff at them would make sense.

With the Thai and Indonesian players it also seems they have trouble finding and parsing the website and community here… Not sure if pushing (anniversary) events on them even makes sense if they don't know anything about the game outside of the app.

Also: most players will join and try out Angeldust when it's not a holiday (given the frequency of holidays compared to normal days). I don't think an upcoming Halloween event would have made new players play for a longer period of time yesterday?


First, as for the languages ​​available, i think we should make Angeldust available on almost any language, even if it is translated by google translate it would already be much better than nothing.

Second, I think it is indeed time to improve the tutorial, as obi had suggested: a guiding NPC that only the player can see. An idea that I would like to add for the NPC which guides the player, when the NPC speaks to the player, I would not recommend that his messages appear on the chat but rather display like the current tutorial messages but we would also see the NPC to understand who is speaking . In short, here is an image that illustrates the idea.
https://imgur.com/a/6loJ6WJ

Lately, you are indeed right Firefly on the fact that you have to be careful not to give too many rewards to the new player in such a short time.
However, I like the idea of events, I think it would make Angeldust a bit more alive and active, but my idea about these events is that it would be for the moment a slight change in the decoration of the village in order to give a vibe to it and a change of quest creatures to push players to venture elsewhere and not only forest and savannah.


@Angelio: I agree that translating is the best way to approach it. I've temporarily added machine translation links on the front page of the website. I'll remove these as soon as interest dies down.

In addition, I've created two bare-bones translated forum topics. (GM)s and others: feel free to add machine translated Thai and Indonesian tips here. Please don't spam too much and only talk about the game, its gameplay and community.

About an hour ago I also rolled out a server update to allow magical areas in 'Play together!' mode to keep groups together a bit more. This might also be temporary—I still don't know where to take this.

What I do know is that this is the second big wave of Thai/Indonesian players, so there's definitely a lot of interest in the game in those countries. 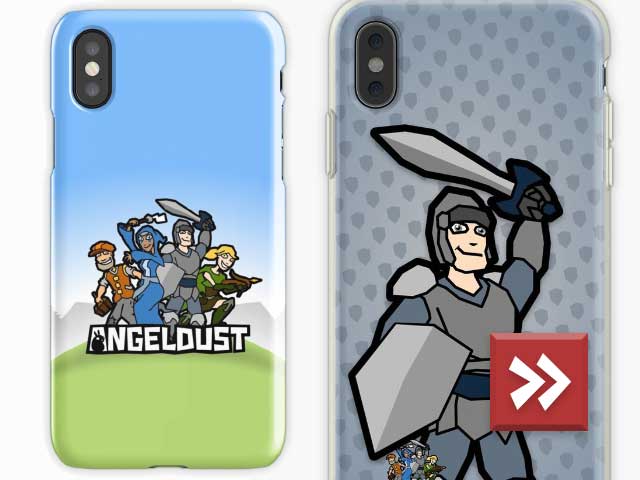