You're able to even make lines go through eachother if you want. Let me pull up a demo: https://imgur.com/a/B8O8cIR


@Obi, Two things in reply to you. First, where was that information? was it easily accessible or hidden in that developer kit?

I have not yet downloaded the kit because first off people don't like to have to download and unzip an unknown file on their system, just to get pointers on a subject that should be easily accessible eg in game or on the website.

Secondly, even if you can do all those wonderful side by side and crossover things with conduit, it's still way too damn confusing for the average player. Probably even MORE confusing if you do cross them over. It's even too confusing for me at times even though I have a better understanding than most.

I was trying to come up with a solution to what I see as the problem, that it can be all too hard to use the current photon system. I was trying to solve it without changing the system so much that it doesn't effect every ones already built stuff.

If you want the absolute truth I think there are heaps of things that could be improved with both the photon system and NPC's to make it easier, less confusing and less messy. For example the names of the various photon parts. If someone who speaks English does not know what a photon initiator is or does, how would you expect a non English speaking person to understand. Why isn't a photon initiator just called an on off switch and it's image just be of a switch and why does it have to be a huge block with a big yellow star hovering over it.

Same with the photon remover, it's basically a reset switch, is it not? Photon conduit is wiring etc.

But then I start to explain myself, which takes great effort on my behalf and I seem to get shut down all the time and it makes me think why do I bother and I'm sure a lot of other players feel the same way, when it comes to speaking up.


Sorry I had better correct my error in calling it a Photon Initiator when it is actually a Photon Injector, my apologies.


@Obi,
Sorry if I went a bit too far with my response to you. I'm not good at explaining things, or communicating in general.

You have proven that, those things I said weren't able to be done with photon conduit, are in fact quite possible. Therefore almost nullifying the need for an insulated photon conduit, or anything similar, to do that job.

Even so, when I looked at the images you linked to on photon conduits, I thought that without the lines you had drawn on them, the conduits sometimes look like a tangled mess and I lost my actual focus on the circuits.

The same thing happened to me every time you show me one of your fantastic machines.

They are great inventions by the way, but there is no way in heck I could possibly retrace all of that photon conduit to decipher what did what.

The same thing happens to me if I build my own machine and it starts getting too big, or I forget what does what.


Hey, i have an idea then, when we put like Photon conduit, why not then be able when using the goggles see lines just like obi showed tracing the trajectory of when we activate the Photon injector as starting point and if there's multiple Photon injectors, then those trajectories will be showed in different colors?

I would argue that the conduits crossing thing is in game, it's simple enough that players would figure it out themselves through experimentation.

I might be very biased here though, I did follow the development of photons in Angeldust from the start (first demo on livestream), which probably gave me a head start on some things, making most of these basics intuitive for me.

The photon system is in reality super super simple, you have just a few rules, with which you can accomplish a lot, I feel the photon machines people have made prove that.

Either way, intuitive or not, a simple guide or 'Photons 101' wouldn't hurt, people have asked (me) for that in the past, but it would be a lot of work.

If there was a 'Photons 101', it would only need to include:
basic photon blocks: conduit, injector, remover, faucet and photon block - those are the only blocks you need to make something complex/simple, any other blocks are just ways to do what you can do with these a bit faster/easier.
how they interact: photons bouncing off of turned on photon blocks etc.

> Why isn't a photon imitator just called an on off switch and it's image just be of a switch and why does it have to be a huge block with a big yellow star hovering over it.

I think the injector's appearance is quite well designed and makes sense. The injector makes photons, so there's a photon (the star) above it.
The remover has a remover above it, cuz it makes removers. It makes sense to me.

It's not a switch cuz photons don't work as constant streams on ON or OFF, they move.


> Even so, when I looked at the images you linked to on photon conduits, I thought that without the lines you had drawn on them, the conduits sometimes look like a tangled mess and I lost my actual focus on the circuits.

The lines were meant to designate two different wires and what conduit belongs to what, as one of the examples has extra conduits to catch a photon split we don't want.

Here are images without the lines: https://imgur.com/a/KIvCNl1


> I'm basing my thoughts on the photon system on another similar game that I play which has electrical gadgets in it, with switches lights, timers, even memory chips and logic gates, sensors, doors and chests and digital keypads for entering codes, even an electrical projection system.

I think the photon system (talking about the basic blocks [injector, remover, photon block, faucet]) is designed pretty perfectly, in the way that they're so generic, that you can make anything you'd want.
There are no specific blocks to do specific things like a timer, logic gate, doors, keypads... Yet you can create all of those yourself, with photon blocks, which is very powerful.


> The same thing happens to me if I build my own machine and it starts getting too big, or I forget what does what.

I agree, it's very easy to forget what things do what when you make something bigger (which happens with everything, not just photons), I found holo scrolls useful here.


I think it would be a lot of work for Firefly to do what you suggested Angelio, the game can't always know what way exactly you want the photons to go and color them correctly.
What happens if multiple photon paths lead into the same conduit?

It does sound cool tho.


The color also can't be dictated by injectors, in complex machines, this wouldn't work I feel. Sometimes you use the same injector to do many things, sometimes you chain together injectors with faucets on the same path.

Maybe it could be tied to the photon blocks connected to the conduit, place a photon block next to/in a conduit path, give it a color code in the input window, the line gets the color. This also allows players to decide what colors go to what, making it more flexible.


@Hummm Firefly does whatever he wants with my suggestion, it's his game, I absolutely do not intend to waste my time in making a useless document to impose an idea.

@obi And I who thought proposed a solution that would make things a little easier, you come up making it so much more complicate than what the idea was. 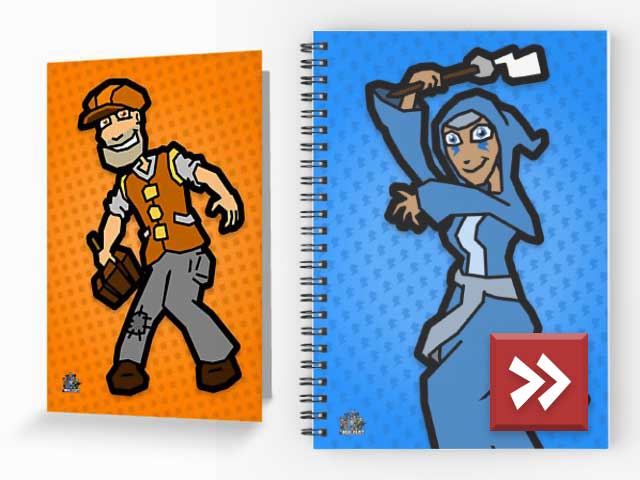