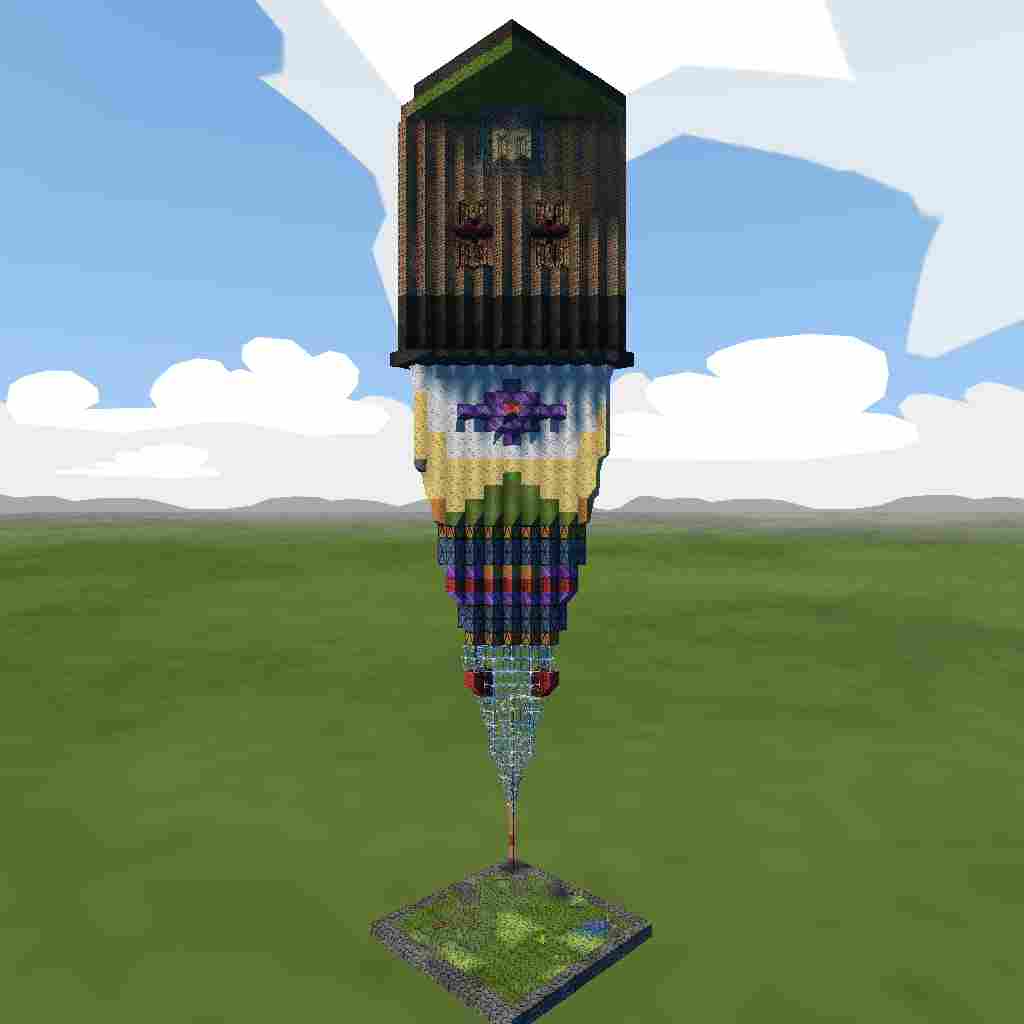 
How's about I invite anyone who has a wonder to brag about it in here. I think that would be great.

Why not describe your wonder; how long did it take you to make it? Did you do it all by yourself? How did you find the area?

I think all of this would be interesting to read. How did you do it?


Sounds cool, might add mine when I have the time to write it.

Also, list of wonders ingame would be sexy af.


Uh yeah, I'm working on a very large castle, but I have no clue how to one day, eventually save my end result as a wonder, I tried saving at 1st then remove and re-add when done, but all it did was save as personal lols, or is it something along the lines of amount of blocks altered or is it a certain quota of claimed areas in one concentrated area? :)


Firefly, decides what will become a wonder. You can't save it, or assign the wonder tag to it yourself.

Show us some screenshots of your future wonder!


I'm nowhere near done my future wonder, it will be months in the making still as I'm doing it mostly all by myself, I tried getting my roomate to help me and they not much a gamer, I tried getting my partner to do it and they also not much a gamer! Only my partner ever joined the game and is about 10 to 20 thousand gold difference from me so it's a close one however they explore alot, and I mob hunt alot, but they are getting their quick cash from just exploring the terrains and getting it from like dirt and trees etc. whereas me I'm getting most of my money from mob kills, so my pace is slower than theirs by a long shot as the most I generally make is 250 per new discovered animal, and they get between 500 and 1000 for digging (500), for trees (750), new terrains (1000) and for me I barely explored at all as I just have 3% of all items in game so far, so yeah maybe if I can level up a few times maybe I can deem myself worth it to explore further but even level 5-7 areas still pose difficulty to me still and I'm almost level 15 I think? so yeah, the wonder is not gonna be an easy thing to do as I have to solo it and I'm a very sick young girl 99% of the time, I have no clue if I ever will recover back to something stable or healthy anymore but I'm taking 1 day at a time now! I'm not best at screenshots however I think this site people are able to see my houses, and or be able to teleport via telecharger to my house then head out the nearest wall into the level 1 forest and bam there is my Mega castle I am building! The terrain around it eventually is gonna get altered, and I have partially started the process of that! :)


My wonder is called Dreamacitia. It is inspired by some fantasy medieval cities, LoTr, obi, etc. It is a big city surrounded by big wall wich took a lot of time to build and was quite a boring task but listening on some music made it nice. There is also "pvp arena" outside the city. Might write more about the area in future if this thread keeps going heh. I found my place by accident while on my way to 512 for the first time and bought few properties to come back at later and thats how it began. Built all by my self and intend to keep it that way as the place is still expanding


My Wonder is called "Justice"... a walled village/town at Level 17. I was such a newbie at the time, or I would have built Justice in a better area. I never timed it, so I don't know how much time it took to build Justice... probably a year, off and on. There is actually more room to roam underground than there is above ground. In some areas underground, there are actually 3 levels. Also, the underground area would be great for PvP, with some modifications.

The most recent addition to Justice is the Justice Skyway, which is a two-way conveyor, highway in the sky, that extends 90 miles. It travels for 40 miles along Level 80 before returning back to Justice. If I remember right, the Skyway covers about 4500 claims.

Inside Justice, there's a small stable, a church, a restaurant, an amusement ride, a band shell where there are concerts, a few houses, a small 3-level maze, a couple of small castles, a tree house, a huge vine garden, an extensive conveyor system that goes above and below ground, a city hall, a helicopter pad, and some bridges and parks. On the south side of town, I created some tornadoes using the Water Block, just as a test. I may still take them down because at some angles, they block the view of the Welcome Sign. In fact, there are even some buildings that still might be replaced, like the maze, since it was only a test, also.

There's not much chance of extending Justice on the south side of town because of all of the griefers that bought claims. I wished it was automatic, that if a player doesn't log-in to the game for 1 or 2 years, that those lands would revert back to being unclaimed. It'd be a good way for the game to refresh itself.

Once in awhile, I'll do some landscaping to improve the town, but most of my time is being used for building another town called Genesis. Maybe someday, it will also be a wonder. Genesis actually gives me a better palette to work with and has more potential. Thanks, for reading.